MORE ACCURACY AND RELIABILITY IN THE NEW VERSION OF THE INSULATION RESISTANCE METER - UT513A!

It is known that measuring the insulation of cables is one of the most necessary measurements of electrical safety in the construction industry, where special devices such as megohmmeters are used, and by generating a small test current and high voltage, it measures the insulation resistance.

Since the field of construction is one of the most electrified, megohmmeters are widely used in construction:

On construction sites to check the safety of working electrical equipment - cranes, mixers, etc. At landfills and in workshops of production and preparation of building materials and structures - during welding, pouring, concrete steaming and other technological operations. Directly during the installation and mounting of the electrical system at the facility in order to verify the safety of further operation of the facility by the consumer.

Among builders and electricians in Kazakhstan, the 500-series of digital megohmmeters is already quite popular. The UT511, UT512, and UT513 devices produced in Hong Kong meet all standards, both of the European Union and Kazakhstan, which is once again confirmed by test results and a certificate of listing in the Register of Measuring Instruments of 2022: 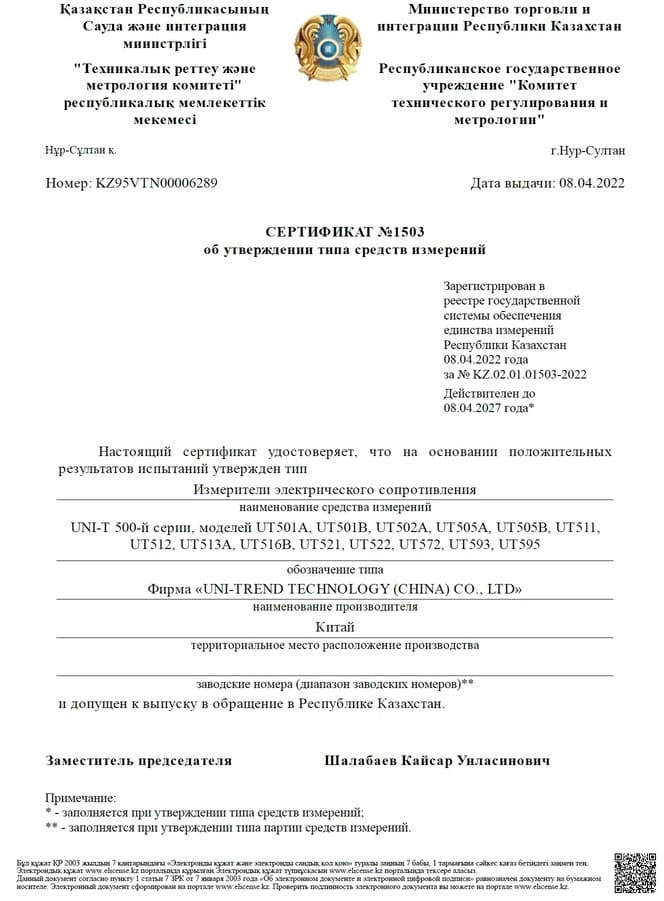 These devices adequately replace outdated devices such as F4102, M4100, ES0202, which have moving parts, arrows, as well as a dynamo machine in their design. Basically, this is why these outdated devices are not very suitable for use in construction, because at construction sites accidental falls, overloads and other impacts that lead to breakdowns of precision mechanics are possible.

Digital megohmmeters, unlike analog, in addition to all the undeniable advantages and the absence of any moving parts, have a significantly better relative accuracy, about 5%, while, for example, ES0202/1-G and ES0202/2-G devices have a worse accuracy of 15%. Also, analog instruments have a lower upper measurement limit of up to 1 Gohm and 10 Gohm, respectively, while the top models of electronic megohmmeters have a limit of 1000 Gohm at a test voltage of 5000 Volts.

Many experts have noticed the change in the new certificate. Indeed, the UT513 has been changed to the UT513A. The thing is that the UT513 megohmmeters worked at the limit of their capabilities, because they gave test voltages up to 5000 Volts and current not more than 1.8mA, which could lead in some cases to an increase in error and some decrease in reliability. 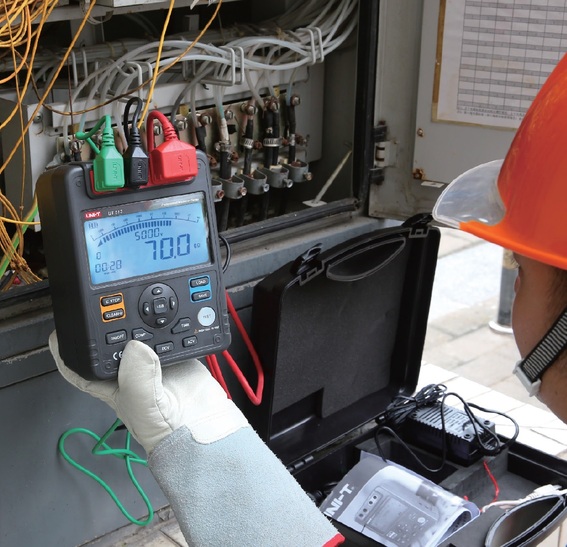 Therefore, the updated UT513A model has a slightly modified circuitry that allows to increase the test current by almost 2 times to 3mA, as well as several algorithms that improve the reliability of the device in general without reducing or changing its functional characteristics.

The main characteristics of the device have either remained the same or improved:

The device is complete with all the necessary accessories for operation:

As an official distributor of UNI-T in Kazakhstan, Test instruments LLP https://ti.kz/ provides all users with a one-year warranty subject to compliance with operating conditions, so we recommend to beware of fakes, which, unfortunately, sometimes enter the RK market or are offered on various Internet sites. 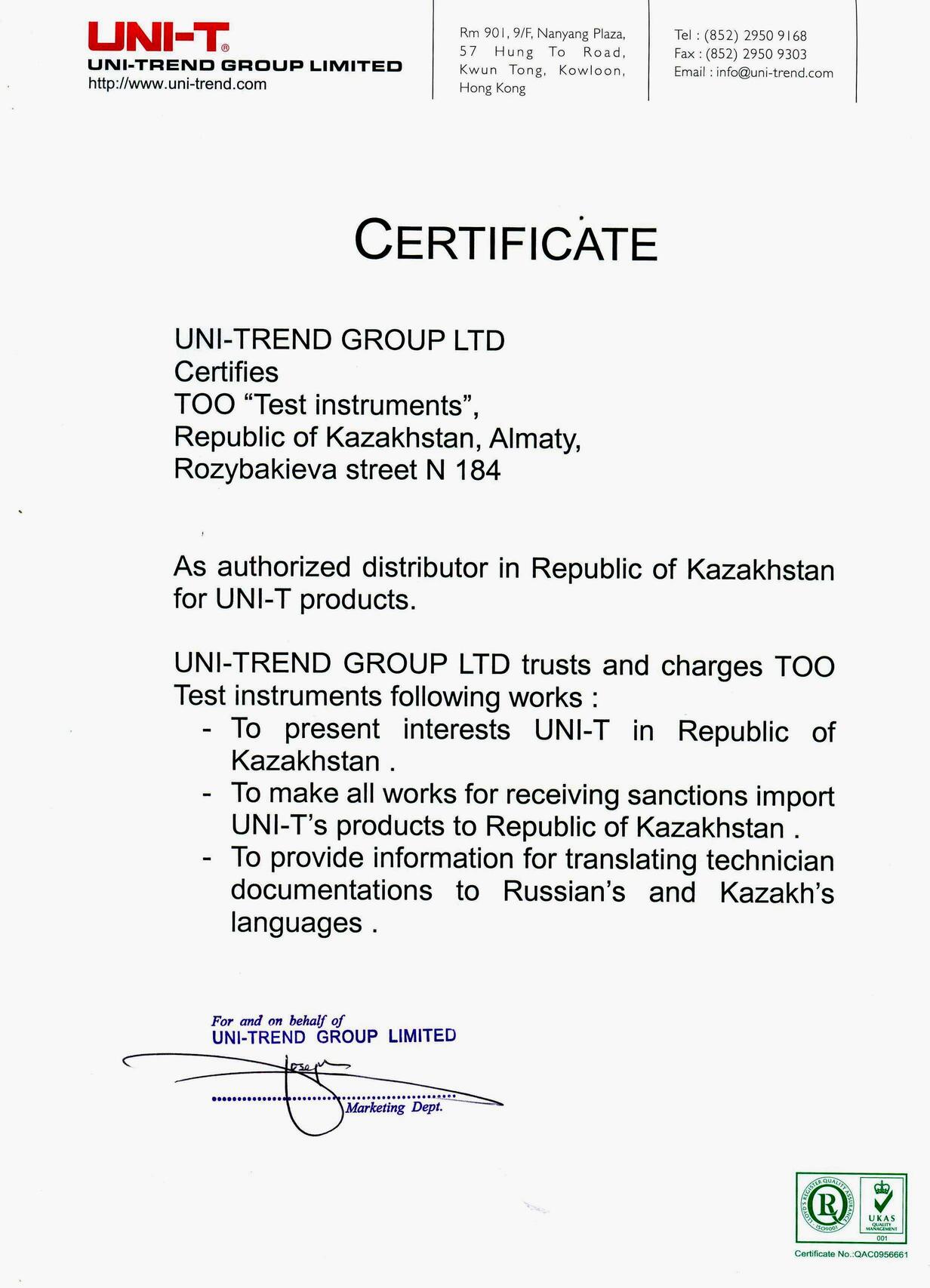 You can learn more about the characteristics and get advice on the use at the company's stand during the exhibition.