ASTANA – The new Almaty general plan includes constructing a second airport while preserving the city centre. The design was developed to make the urban area comfortable for people, not cars, using the best practices of the most up-to-date and environmentally friendly cities. 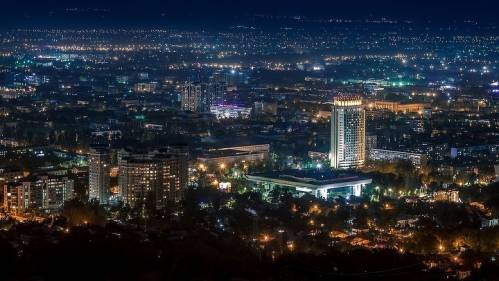 The general plan was approved 15 years ago and the new one is expected to be ratified before the end of the year. Altai Satybaldin, who developed the latter, noted the work to reconstruct Almaty’s central portion, which has already been started, reflects the spirit of future changes.

“The city has developed according to the socialist paradigm for a long time. We expanded the streets and did everything for the convenience of cars. I believe that the large-scale work that is being carried out now has a systematic character. It is better to go through such systemic changes once and to use the results. We, according to the adopted documents, in particular the Almaty 2020 Development Programme, are moving to a new model, a city convenient for people, not cars,” he said, according to Kazinform.

The city will become more comfortable and environmentally friendly and use up-to-date public transport.

“Expansion of the city boundaries is not planned. We aim to develop the city in its current territory, which will be linked with the suburbs. A kind of agglomeration is planned. At that, the level of comfort will be same in the urban area and in Almaty settlements. So, we will be able to reduce the number of private transports in the city. People will not need to go to the centre of the city,” said the architect.

Satybaldin emphasised the new general plan calls for the need to increase the share of green plantations.

“As of today, the city has only four square metres of green plantings per one inhabitant. This is a very low number. According to the new general plan, the plan is to increase this figure up to 13 square metres per person,” he said.

The new general plan envisions building the second airport in an empty area 30 kilometres to the north of the city along the Kapchagai Highway. To free the city of transit passengers, developers have included construction of the Almaty ring road as part of the design.

“The plan aims to manage the city’s territories in an efficient way. Other documents regulating the number of storeys and so on will be developed on its basis. I can say that the project envisages the preservation of the appearance of the buildings of the historical part of Almaty, the expansion of the list of monuments of historical and cultural heritage,” said Satybaldin.

Almaty’s current population is 1.6 million and the plan is designed to accommodate a population of 2.4 million.